Be the first player to free Professor K by defeating your rivals and collecting a complete set of battle tokens. Players take turns to pop the pressmatic dice and move around the board collecting battle tokens.

Tokens are won by landing on one of the two coloured battle (vs) spots and popping a number higher than the dice printed on the game board. Players must collect three tokens – one from each of the battle corners, before heading to their final battle with the super leader villain Pumpkin! Each SuperZings game includes one unique, ultra-rare Professor K character. 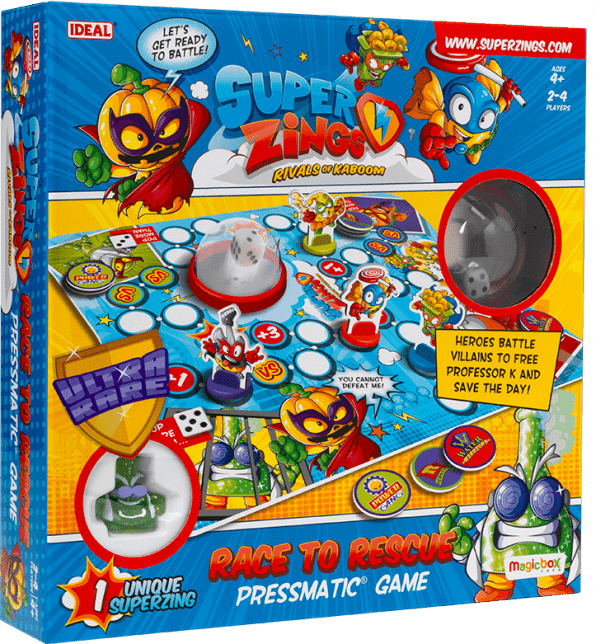 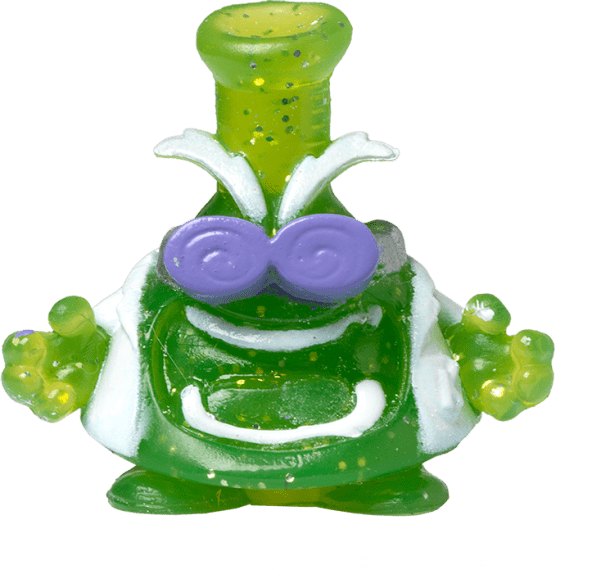 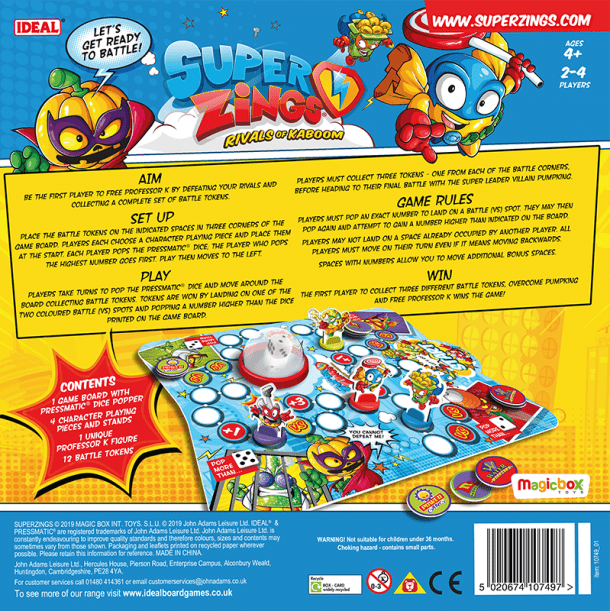 let us inspire you

Keep up to date with John Adams